Slowly but surely I'm coming out of my slump..... It's time to hit the road again with some short trips abroad. While I was packing today, I gave myself a little pep talk. I reminded myself that you feel as young as you can act!

Or is it - You can act as young as you feel?

After watching this video a few times, I felt pretty young!

This was an impromptu performance at the Mayo clinic by this charming couple. I'm certain that Grandpa was feeling a bit frisky. Did you see the way he grabbed Grandma's bottom? Sneaky! Sneaky!
Posted by intrepidideas at 9:49 PM 10 comments:

Creative Ads! Etrade does it again

If you watched the Super Bowl, you probably saw my little friends.

One of the best "Football" Speeches Ever!

Super Bowl XLIV is now in the history books and the "Who Dat? Nation" has stood and demanded their just recognition. So in honor of the New Orleans Saints victory, I'm running what I consider one of the best Hollywood football speeches ever! It's from the movie Any Given Sunday, directed by Oliver Stone and featuring Al Pacino.

Posted by intrepidideas at 11:11 PM 3 comments:

Email ThisBlogThis!Share to TwitterShare to FacebookShare to Pinterest
Labels: al pacino, any given sunday, football, speeches

It's been three weeks since my last post. 21 Days! Wow, where does the time go? I'll have to check, but that may be my longest break in posting since I started this blogging business. 2010 started out in a hurry - didn't it? Well, at least it did for me. It's hard for me to believe that we are already 1/12 of the way through the year. If this pace is any indication of how the rest of the year will go.... then in 11 more blinks, the year will be over! Last weekend, Taylor Swift won Album of the Year for Fearless and Beyoncé Knowles won a record-setting six awards, including Song of the Year, at the 52nd Grammy Awards. I'm so far behind, I'm still watching the show on TIVO. I had to watch the performance by Pink twice! (smile)


Avatar, the American science fiction epic film written and directed by James Cameron and starring Sam Worthington and Zoe Saldana, has surpassed the 2 billion dollar mark in worldwide gross sales and continues to break other records; and I haven't seen it yet! (The truth is, I tried to see it one night but it was sold out. I saw The Tooth Fairy instead). 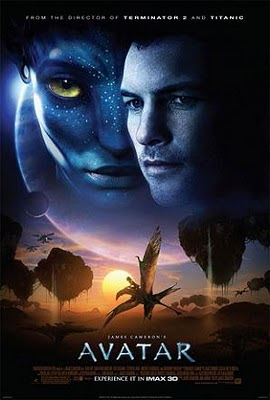 And get this: My Mother is even complaining that I don't call her enough!

Yep, the list of things that I've wanted to do but haven't gotten around to is long. Why? Partly because I've had my head buried in the sand working on several new projects but mostly because I'm simply not moving as fast as I used to. Yep... The truth hurts. As best as I can figure, I just don't seem to be moving as quickly in my forties as I did in my thirties and twenties. My goodness, what's gonna happen in my Fifties? Will I just come to a screeching halt? Should I pull out the cane and walker now? Fortunately, that's a few years out but maybe I should start getting mentally prepared.

Anyway, as you can see, I've been a bit reflective in the past few weeks. And during this time, I ran across a stash of cash from my travels. (photos below) Looks like a lot of money but really it's not. 1000 yen is about 10 bucks US these days if you're lucky. I generally just hold on to the excess money from my travels and spend it on my next trip back to the country. It's nice having the money when you land and not having to rush and convert money or hit the local ATM. It also seems to be a better alternative than paying the punitive exchange rates to convert back to the US dollar. They really try to get you in both directions... Going and Coming! Sometimes I end up holding on to money for a long time. In fact, there are a few countries that I have money from that no longer exist. That's holding on too long! Perhaps it would have been cheaper to pay the exchange fee in those cases. (At least now I have some pretty cool looking wrapping paper) But ultimately, I've always figured that if the Germans, Japanese, Chinese, Australians, or Canadians ever invade the United States, at least I could try to bribe them in their own currency. 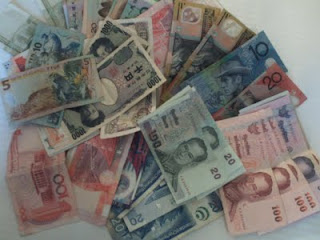 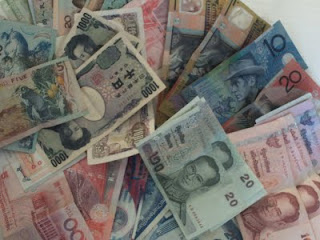 Suffice to say, I still have some of the money left over from my travels. While the money is tangible - I can still use it now to trade for goods and services - The time I spent traveling has long passed. There's nothing left (really) but memories and some photos. I guess I've grown to appreciate the value of time a little more. It truly is precious! You can generally go out and make more money, even when you're older. But It's hard to go back and recreate time. I have no regrets!

My wish for all of you in 2010.... May you have ample Time and ample Money to do the things you desire!