Home. I'll go home, and I'll think of some way to get him back!

After all, tomorrow is another day!

Do you recognize that line?

It's comes from the last scene of the epic production - Gone With the Wind.

I wonder if this line would have had the same effect if Scarlett had said:

" After all, tomorrow is a Honu day?"


Anyway, some Hawaiians (Kauai ans) jokingly use the saying: "Tomorrow is a Ho nu Day!"

Now I know where that saying comes from and what it means.......... Any day at the beach could be a Honu day.


There I was sitting at the beach reading a book when all of a sudden chatter and whispers. I looked up from the pages to see yet another creature emerge from the wetness. 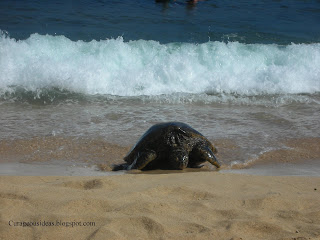 This time it was still another endangered species; A Hawaiian sea turtle, or Honu. 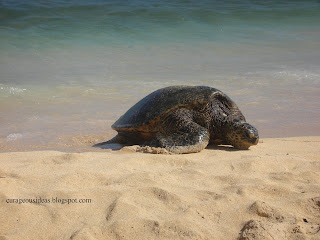 Sea turtles, have been swimming the oceans for over 200 million years. And for the first time in all these millennia, six out of the seven species are either endangered and on the verge of extinction, or threatened to become endangered under the U.S. Endangered Species Act. 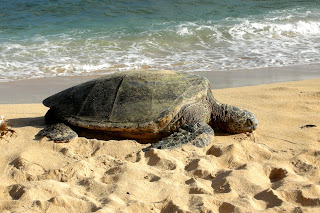 You couldn't tell by looking at this guy (or gal). Looks like just another day at the office.

I initially considered posting this story under the title of: " Things that come out of the sea!" Or "Another boring day at the Beach." But ultimately, I opted for the "Honu Day" idea. It leaves me optimistic....... Let's hope there's a Honu millennium for these creatures.

for more info on the Honu follow these links:

Posted by intrepidideas at 2:01 PM 15 comments:


Humuhumunukunukuapua'a or just humuhumu for short; meaning "triggerfish with a snout like a pig" Is the name of the state fish of Hawaii.

If you didn't know the answer to that question then you're probably not under the age of 14, a big "High School Musical" fan, or a marine biologist. Never less, here's some trivia on the state fish:

So for a few years, the stae of Hawaii was without an official state fish.

I saw quite a few of these little buggers while out snorkeling in Hawaii but I had to dig through the files of You Tube to locate this crafty "High School Musical" clip.

Okay, I've been called a lot of things before but yesterday someone looked at me and said - "Ilio-holo-i-ka-uaua." I smiled and said: "humuhumunukunukuapuaa to you too! Have a nice day!"

All jokes aside, while sitting at the beach the other day an "Ilio-holo-i-ka-uaua" or Hawaiian Monk Seal, swam out of the water and plopped down on the beach. It seems they have a reputation for partying all night - eating and such - and then finding a cozy beach to settle down for a nap. (Sound like anyone you know?) They actually look like they're sick or distressed but in reality, they're fine. They just look like a hung-over teenager on Sunday morning. It turns out that these seals are on the endangered list and are protected. You're not supposed to get near them or approach them.

Shortly after this Monk Seal swam ashore, a few rangers roped off an area around the animal for protection. The seal napped for a few hours and then slumbered back into the water and disappeared. 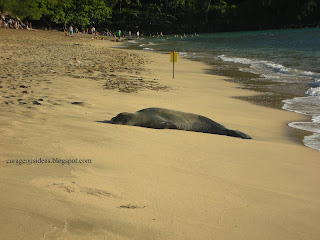 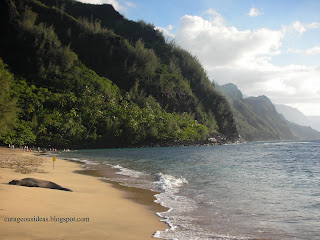 I know many of you think I've been behaving like a monk seal as well.... Hanging out in Hawaii and sipping Mai Tai's on the beach. But I assure you..... I've been constantly thinking about new blog ideas! Stay tuned for some Hawaiian history.

Anyone know what humuhumunukunukuapuaa means?

Aloha!
Posted by intrepidideas at 2:18 AM 6 comments:

I've discovered a new hip cafe in Darling Harbor, (Sydney) Australia. It's really not that hip but the owners are nice, the food is good, and the coffee is great! What more could you ask for? The name of the cafe is Pulse. It's just off Union Street near the intersection of Union/Pyrmont. Up the street from the legendary Pyrmont Bridge Hotel. 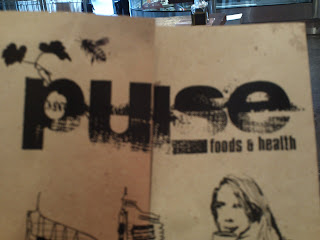 They specialize in a healthier menu. I usually have a breakfast sandwich made with spelt bread, avocado, and ham. But I just love their "Flat White" coffee! 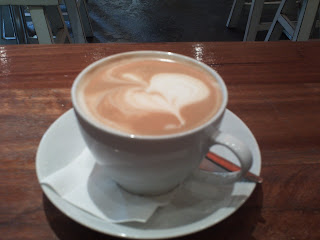 Photo of my Flat White
So if you find yourself in the neighborhood. Stop by and have one. They're delicious!
Posted by intrepidideas at 3:14 PM 5 comments:

Okay, I've had a few days of down time and I've been a bit remiss in my posting so I thought I'd liven it up a bit. I was a bit bored today and tired of listening to all of the political rhetoric so I started surfing a bit. And low and behold I ran across this love story. You all know I'm a sap for a good story. So here it is..... See if you can keep up!

Boy "A" lives in Australia and owns a sausage dog and enjoys streaking and public nudity. Girl "B" lives in the Mid-West United States and also has a hobby of streaking and loves sausage dogs and public nudity. Girl "C" lives in Canada and is a self-confessed match maker. Girl "C" gets "A" and "B" connected via the Internet but finds out that they live too far away from each other and don't have the means to get together. (This is where the story gets great) Girl "C" starts a trust fund and raises enough money for the love birds to meet. And just where do they meet? Watch the video below:

Does this story have the makings for a Lifetime or Oxygen channel movie or what? My compliments to Susan Baker - (Girl "C") for pulling this off. You can check out her site http://www.believeindestiny.com/ by following this link.

There's also an uncensored version of the "Meeting" on her site for you voyeurs out there.


Perhaps this story reminds some of you of the 70's and the days when streaking was made popular by the Ray Stevens song - The Streak.

Or maybe you remember Will Ferrel in Old School with his version of the streak!


Either way, keep your eyes open. You never know - streaking may just become the "in thing" again!

Posted by intrepidideas at 7:47 PM 12 comments: