I played a little Hookey today. Not from work but from chores. I figured I busted my rump the last few days around the house and it wasn't too outlandish for me to take the day off. So after a bit of "Day Trading" (another choppy day in the markets) I teamed up with one of my weekday movie buds and off we went. Unfortunately, I misread the schedule and we showed up two hours early for the 1:00 pm movie. My bad! Well, that was remedied by an early lunch and a very understanding friend. It gave us a chance to catch up and discuss a few current events and possible business ventures.

And then it was on. The American Gangster Epic! I found it to be "Godfatherish" yet more subtle. Denzel Washington and Russell Crowe are masters at their game and very easy to watch. They make it seem natural and realistic. I found it a bit curious how they focused on the redeeming qualities of a "drug lord/mob boss." For example: Denzel, as Frank Lucas, buys a beautiful home for his parents and extended family. He embraces his family members and brings them into the business. He charms the heck out of a Puerto Rican beauty queen (Lymari Nadal) and then does the respectful thing and marries her. Throughout the movie he displays sound work ethic, character, and wisdom. Visions of a Don. Without giving away the story and movie to those who haven't seen it yet, I took away several things from my experience. There's a part in the movie where Denzel is conversing with his drug supplier and the supplier says: "Quitting while you're ahead is not really quitting." There is some wisdom and truth to that statement. We should all know when to quit. Secondly, I enjoyed the time travel back to the seventies. The music, the clothes, the cars, and decor were quite accurate and enjoyable to see. I especially enjoyed hearing the cut from Curtis Mayfield: Across 110 Th street: listen to it here. Taken from the 70's movie by the same title. I remember seeing the movie in the theaters when it originally opened. Finally, I appreciated the history lesson. Frank Lucas was a true character: 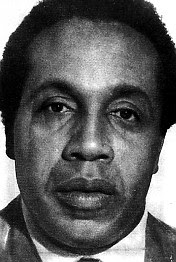 Frank Lucas (born 1930 in Washington, North Carolina) was a heroin dealer and organized crime boss in Harlem during the late 1960s and early 1970s. He was particularly known for cutting out middlemen in the drug trade and buying heroin directly from his source in Southeast Asia. He organized the smuggling of heroin from Vietnam to the U.S. by using the coffins of dead American servicemen ("cadaver connection").[1] He claims to have grossed US$1 million a day selling drugs on 116th Street.[1]

Overall, I found this to be a good movie and quite worth the time and energy. Come on... Three academy award winning actors that I'm aware of. Hard to go wrong there. I hope you enjoy it as much as I did.
Posted by intrepidideas at 7:12 PM

Thank for you that part of history. I have never heard of Frank Lucas without this movie.

You're welcome. Thanks for stopping by. I hope you found something else of interest. Please come back and visit.