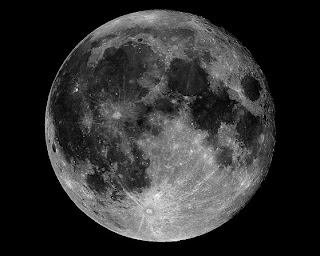 Why all the new interest in the Moon?

All of a sudden there seems to be a renewed interest in putting a manned vehicle back on the moon. Wait a second...... Didn't we already have that race? And didn't we win? - July 20, 1969 - "That's one small step for man, one giant leap for mankind." The timeless words of Neil Armstrong. (I'm working on streaming his speech here should be available soon- click here to listen to it again)
Well guess what? After years of ignoring the moon and focusing on Mars and beyond, out of no where, we have a new aggressive interest in getting to and controlling the moon and it's resources. But really, why is China, India, Japan, Russia, and the United States so fired up about the moon again?

"China, a relative newcomer, has developed a booster capable of propelling a capsule to the moon and has now sent three astronauts into orbit. China plans to launch its first moon probe on April 17, and hopes eventually to follow up with a manned trip. Japan is moving ahead with a moon program. And last week an Indian flight successfully deployed four satellites, giving Prime Minister Atal Bihari Vajpayee's audacious promise in 2003 to send a spacecraft to the moon by 2008 at least a patina of realism.
(See the associated Newsweek story by clicking here)"
Well consider this: Buried in the dust in the moon is an element called Helium 3. Helium-3 is an isotope of helium, meaning that it doesn't have the normal number of four bits inside it to call it proper helium. In fact, it's only got one neutron instead of the normal two. This means that the atom is balanced again if it can get another neutron from somewhere. Complicated stuff for some of us I know, but in a nutshell, this is the basis for nuclear fusion. See this space article if you're interested in more detail it really explains the process. (click here). And with light sweet crude oil approaching $100 a barrel one would think that a cleaner more efficient fuel source is more of a necessity than a luxury. Factor in, that there's enough helium-3 on the Moon to supply 10,000 years of energy needs on Earth and you now have a very strategically desireable entity.
Put your track shoes on folks. The race is on - Again!
Posted by intrepidideas at 4:33 PM

Unfortunately, this 'race' isn't getting the funding - at least not in the US.

I think space is sexy and anyone who can use it, benefits by proxy.

I can understand why China wants to go. Hey, maybe the states[men] in the USA are reacting to that.